By Mariano Schultz News Sep 26, 2018 No Comments on Why Moving to Toronto is the Best Decision You Can Make Right Now

Toronto is one of the most beautiful and interesting cities you will ever go to. A quick walk down its streets reveals a melting pot of culture that rivals that of New York, while its local offerings are something even non-Canadians are sure to get excited about.

Whether you’re into hockey, poutine, Drake, or Justin Trudeau, Toronto has something for everyone looking to start a new life in this global city.

Here are a few reasons why moving to Toronto is the best decision you can make right now:

Everything you’ve heard about Canadians is true. They really are nice, friendly, polite people, and they make sure to let you know that by smiling a lot.

They don’t shove other people aside, or shout curses, or cut in line. Other people can be a huge source of stress sometimes, but in Toronto, they can surprisingly help alleviate your stress instead. 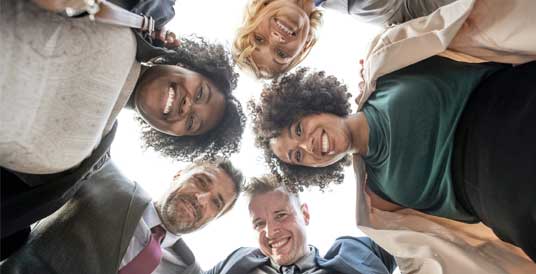 2. Toronto is Diverse and Multicultural

Almost half of Toronto’s residents were born in other countries, and when they went to live in Toronto, they brought their cultures with them. This multiculturalism manifests in the myriad cuisines, musical genres, fashion styles and religious beliefs that abound in the city, making it a place where you can experience the world without the need to get on a plane.

3. You Can Actually Afford to Live Here

In 2015, Toronto was named the World’s Best Place to Live by The Economist, and for good reason.

The cost of living is lower than other global cities, which means that you can afford to live in a nice place and enjoy more of the city at the same time.

The commuter trains take you along scenic routes, while bike paths are found everywhere for cycling enthusiasts. The Waterfront Trails are some of the most popular bike paths in Toronto, but there’s also High Park, Wilket Creek Park, Tommy Thompson Park, the Don Valley Trails, Crothers Woods, and Taylor Creek.

They also have streetcars and subways, but perhaps most incredible of all is their underground network of tunnels and walkways connecting all office buildings--a marvel of engineering called PATH.

5. The Crime Rate is Low

For such a big city, the crime rate in Toronto is surprisingly low. In fact, it was ranked the 4th safest city in the world by The Economist in 2017.

Only Tokyo, Singapore and Osaka ranked better in the list, making Toronto the safest city in North America, nay, the whole Western world.

These reasons should be enough to convince you to move to Toronto right now; if not, maybe the best thing you can do is pop over to the city and see for yourself what a wonderful, exciting, fascinating place Toronto is.

Try out their street markets or one of their six Chinatowns, or go to their Royal Winter Fair, or probably take a zip through their bike paths, and then maybe, just maybe, you’ll find yourself falling in love and deciding to stay in Toronto forever.