Great Gulf Homes & Tridel Awarded as Builder of The Year

By Mariano Schultz News May 27, 2019 No Comments on Great Gulf Homes & Tridel Awarded as Builder of The Year

Every year the Building Industry and Land Development Association (BILD) choose their Home Builders of the Year. This year the ceremony was held at the Universal Event Space in Vaughan with Great Gulf Homes and Tridel walking away with the honours in the low-rise and mid/high-rise categories respectively.

While the BILD awards cover many aspects of the construction industry the Home Builder of the Year awards are considered the most prestigious and represent the high point of the evening.

​Tridel For a Better Community 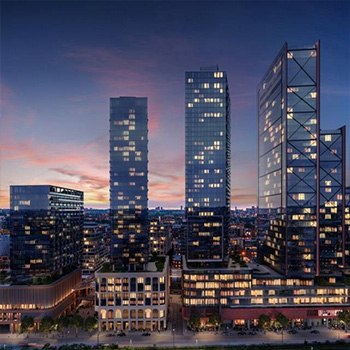 Tridel is the largest condominium developer in Greater Toronto although it did not start out that way. Founded in the 1930s its bread and butter for decades was the building of single-family homes, of which it has more than 80,000 in its portfolio.

In recent decades it transitioned to the condominium sector and has constructed more than 70,000 units for sale or rental. One of its largest current projects is The Well Condos on Front Street West which it is developing in partnership with fellow Ontario development heavyweights Diamondcorp, Allied, Rhapsody and RioCan. When completed The Well will add nearly 1,600 condo units to the local supply.

Tridel has built a reputation for outstanding customer service and for spearheading the move toward greater corporate social responsibility. The latter commitment is on display in the early phases of all their projects when they reach out to the community to be affected and encourage input and feedback.

Tridel’s efforts in this regard date back to 2009 and includes a number of in house teams that volunteer their services to help local charities. They also have one of the highest customer satisfaction ratings in the industry with 97 percent of their customers stating they would recommend them to their friends and family.

Great Gulf Homes is no newcomer to the industry themselves, having been around for more than four decades. They are a diversified company with the Great Gulf Group encompassing Great Gulf, First Gulf, Ashton Woods, Tucker HiRise and H+ME Technology.

Their forte is integrating the various aspects of construction in new and compelling ways to create interest and long-term value. Like Tridel, they too enjoy a loyal customer base and generate many sales from repeat buyers and referrals. 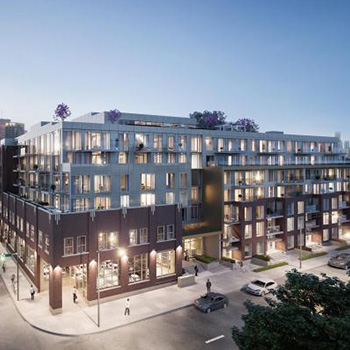 Developers like Tridel and Great Gulf Homes exhibit a fierce commitment to the communities they serve and show that commitment through their support of local programs like the Daily Bread Food Bank and Princess Margaret Hospital.

The recent BILD honour represents the fifth time the company has captured the Home Builder of the Year award and is the second consecutive year they have taken home the coveted prize.

With the Home Builder of the Year award, BILD seeks to recognize and encourage excellence in all phases of the business beginning with design and extending through the construction process with a particular emphasis on customer service.

With Great Gulf Homes and Tridel taking home the award in their respective categories this year that bedrock principle of putting customers and communities first is once again reinforced.