RioCan is one of the biggest real estate investment trusts in Canada. It owns, develops and manages a vast portfolio worth billions of dollars and comprised of more than 38 million square feet of retail and mixed-use properties in prime locations throughout greater Toronto. In a shift for the company, they recently announced their plan to tap CMHC-backed funds to help finance a new rental development in the city. 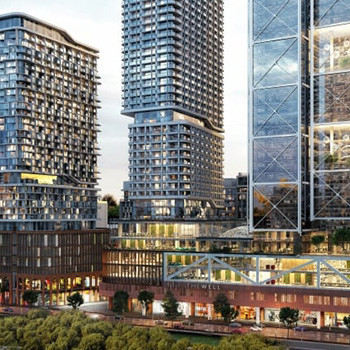 The plan, according to CEO Ed Sonshine, is to borrow some C$200 million in CMHC-guaranteed debt for their 36 storey tower at the intersection of Yonge and Eglinton Streets in Midtown. “The cheapest debt in town…” is the way Sonshine described Canada Mortgage and Housing Corporation financing.

According to the CEO, the move will save the company millions of dollars in interest payments, which it can then reinvest in the business or other projects.

If all goes well Sonshine suggested this may be just the beginning. He indicated the company is studying plans to retire much of their commercial debt and replace it with CMHC-backed loans that can typically be had for 80 basis points less than commercial money. “80 basis points on C$1 billion is C$8 million a year”, he went on. And with the pace of development for RioCan gaining steam C$1 billion in annual borrowing does not seem far-fetched.

RioCan earned their stripes developing big box retail projects but lately have moved into the office and residential sectors. The Well Condos on Front Street West is an excellent example of the type of large scale, mixed-use development the company is putting its considerable weight behind. ​Click here for more info about the property.

Another is the redevelopment of the Scotiabank Theatre in the entertainment district of Toronto that could potentially add hundreds of new apartments to the area. The project, dubbed RioCan Hall, is one of the largest in the city and might take up to 10 years to complete once work commences.

But just to demonstrate that it rains on everyone’s parade from time to time consider that the company is one of several that bet heavily on cannabis legalization, and lost. Not that CEO Sonshine has been sent to the street with a tin cup in his hand as a result. But the company had signed a number of leases for retail cannabis stores that were never able to obtain operating licenses from the province. 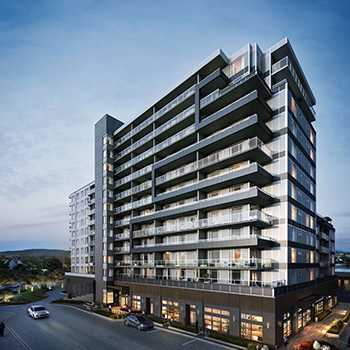 Big picture, however, things are looking up at Canada’s second largest REIT. And the excitement is driven by the prospect of significant savings from CMHC-backed loans as well as the buzz surrounding the currently under construction Well Condos, which the company is developing in tandem with Allied Properties, Diamondcorp, Rhapsody Property Management and Tridel. RioCan and their ​co-developers​ are working hand-in-hand to exceed expectations.

When completed, the multi-tower development will encompass 1,597 residential units of various size and thousands of square meters of retail and office space.

Located at 410 Front Street, Well Condos will act as an anchor to the fast-changing and trendy Wellington/Spadina neighbourhood and provide upscale amenities, lifestyle solutions and real-world jobs for people of all ages and backgrounds.